Learn the fundamentals of shooting a recurve bow. 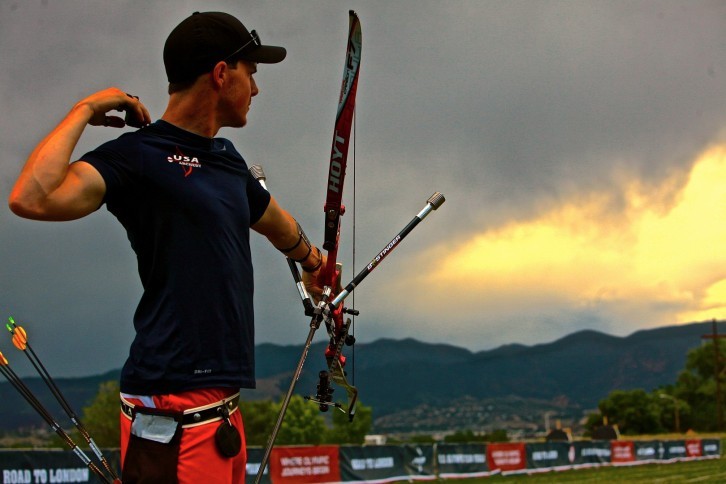 Jake Kaminski shot 450,000 arrows in the six years before the 2012 Olympic Games, where he helped the U.S. men’s archery team win a silver medal. He trained 70 hours per week and shot 300 to 400 arrows daily, striving to improve his technique.

If you’re interested in learning to shoot archery, Kaminski recommends finding a local bow shop to help you get started. In this video he explains how to:

“Archery is such a sport of perfection,” Kaminski said in an interview with Fox News. He also appeared on NBC’s Today Show after the Olympics with teammates Brady Ellison and Jacob Wukie.

The United States is the leading nation in archery according to the World Archery Federation, which ranks countries based on how athletes finish in international competitions.

Kaminski and his band of brothers train to keep their minds and bodies strong. Kaminski scored his first bull’s-eye – a 60-yard shot – the first time he shot a bow at age 6. Since then, he has learned the importance of sticking to a routine. He places his hand on the bow in the same place and grabs the string the same way for each shot.

“Life is just one big learning curve,” he said.

He also tells what it means to “chase an arrow,” which can help you hit the bull’s-eye more often.